Commercial diving is, in essence, a subset of professional diving. While many of us appreciate the aquatic environment for its recreational value, the undersea ecosystem is also a source of employment for some. Content in this article is intended for anyone interested in joining commercial diving teams as a career or as a pastime. The popular type of such diving is offshore. It mostly comprises professional divers who operate on oil rigs, but it also includes the gas industry and a variety of other industries. In a few select locations of the world offshore is popular.

The activity requires a lot of dedication and hard labour.

Every day it appears in the headlines that someone renowned is plunging into the depths of the oceans with cutting-edge equipment to study what has been seen first. These innovations, which include new submersibles and procedures, are helping to usher in a new era of exploration and, maybe, an altogether new economic area.

This line of reasoning corresponds to contemporary concerns on our planet, such as pollution, food shortages, disease, and overcrowding. Moving vast sums of research and development towards the ocean environment, which would result in as much, if not more, technical improvements in a variety of sectors, is within our grasp, thanks to private financing and far lesser government engagement. This has previously been demonstrated.

Although underwater labs are still utilized today, and several labs were used in the past to get a working knowledge of the underwater world, SEALAB is likely the most well-known, where many experiments were carried out and a great deal of information was amassed from these investigations for instance manufacturing of new types of tools, obtaining salvage procedures, development of new forms of dry suits, physiological evaluation conduction, etc.

Other advancements that would undoubtedly result from investments in any type of underwater facility include reusable energy, the discovery of more natural resources, more efficient recycling methods, climate knowledge, and safety practices relating to a self-contained and self-sufficient human habitat.

A more logical choice is to explore the underwater domain, as there is the technology and the labour to do it in the form of commercial divers. This would give the diving business and the divers who work in it a boost. Divers and dive firms outnumber astronauts and space agencies.

The benefits of a revitalized interest in any form of underwater expansion would be immediate and tangible, as opposed to a space exploration that would cost more money and take years to provide any significant economic value for a nation. This isn’t to argue that space exploration should be abandoned in favour of underwater labs or diver jobs.

What is being proposed is that tax money is diverted from paying a small number of people to orbit the planet and instead be utilized to employ thousands of people that dive. This will result in financial prospects for the diving industry. 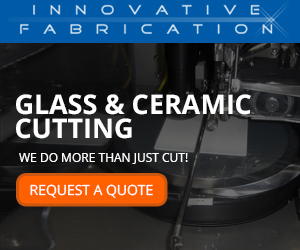